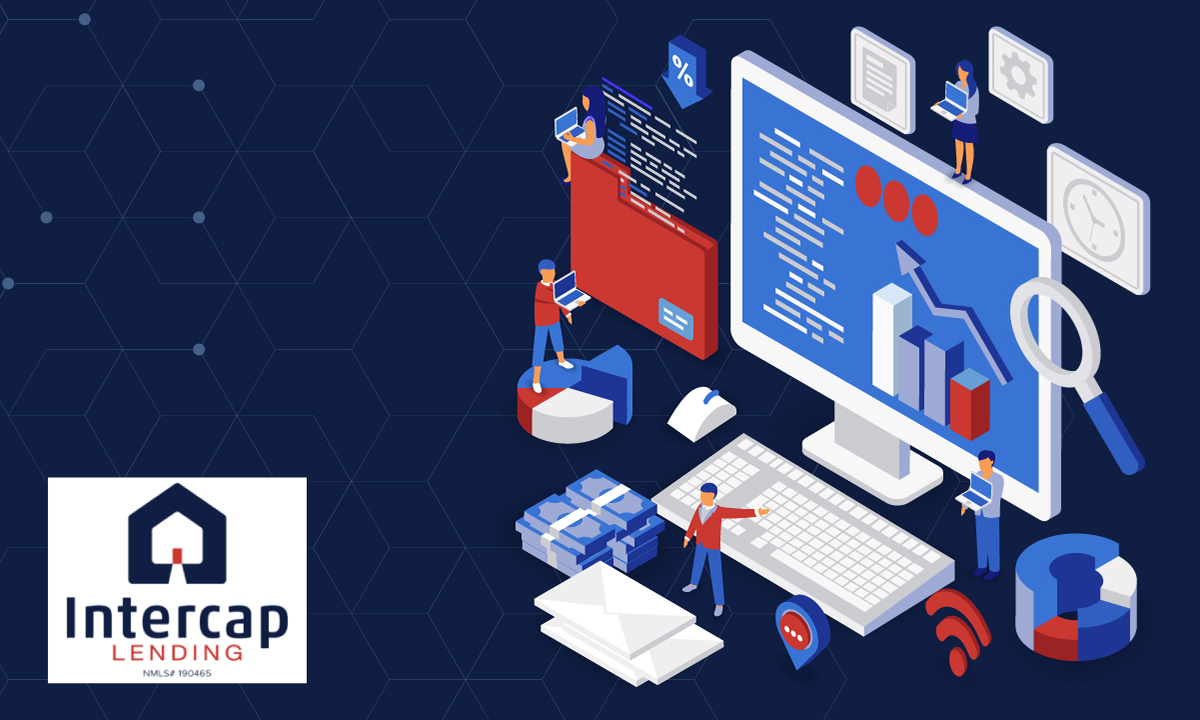 InterCap Lending is a local family mortgage bank. In 2010, it gained new ownership who had big plans to grow the bank from a local bank to a national mortgage bank.

Intercap’s goal was to increase their loan volume and revenue by dramatically growing their marketing and call center initiatives. They needed a new enterprise CRM that could handle the volume and give them an edge over their competition.

It became increasingly clear that speed to contact, the time it takes a company to contact a lead after submitting an online form or calling in, was their edge. These types of leads were often sold to several mortgage companies at the same time. Statistics proved that the first company to contact the borrower back had a massive advantage.

Baytech already had a reputation for creating successful software in the mortgage industry. We previously pioneered a popup-based alert system that blasted all agents with a message that a new lead was available. This improved the speed to contact rate and is now the norm in the industry. The first agent to click “accept” gets the lead.

While this was a big improvement over phone-based round robin and sufficient for smaller shops, it loses its effectiveness for larger pools of agents. A larger quantity of leads ends up being awarded to the fastest clickers. Those agents were often the ones who were not on their phones. Unfortunately, these agents were usually not the best performers.

In addition, the competition was starting to catch on and implement their own popup-based alert systems using the Blast All approach.

A second problem that was occurring was cherry picking. At this time, internet leads were becoming increasingly important to call centers to add to overall lead volume. They were inexpensive compared to traditional mediums, like radio and tv, and could include more information up front about a borrower.

However, agents viewed internet leads as being more difficult to work with and of a lower quality than inbound calls. Borrowers were not always available to receive a call back from an agent, regardless of how quick the speed to contact was. Also, a borrower calling in to a bank typically had an elevated level of interest and was easier to close compared to those submitting an internet form.

As a result, agents would ignore internet leads and only wait for inbound calls. InterCap needed a way to prevent cherry picking so their marketing dollars were maximized.

We built a new, groundbreaking CRM with all the features you would expect to see in a modern mortgage customer relationship management software. We tracked marketing integrated with many of the industry’s standard systems, including LOS (loan origination software), and reported on agent efficiency.

To give InterCap an edge, we tackled the issues of speed to contact and lead distribution in a unique way. We did this by engineering a new Hybrid Round Robin approach to distributing leads. This integrated directly into their Asterisk phone system and unified the agent experience for accepting new internet and inbound call leads.

Traditionally, there were two ways to distribute leads. Blast all and Round Robin.

Blast All is the simplest approach and, while it has a short time to contact, it does not distribute leads evenly. This can often punish the best agents.

Round Robin, simply put, is a rotation through a group. In the context of a CRM, the group is made up of the agents that are available to accept a particular type of lead. This approach allows you to evenly distribute leads amongst the group, but significantly slows down speed to contact. Each agent must be given a chance to accept the opportunity before moving on to the next agent. This delay can give your competitor an opportunity to contact an internet lead first or cause an inbound caller to hang up.

The one main flaw with Round Robin was that you had to give the opportunity to each agent. That agent could be slow to pick up the phone or respond to the message.

Why is that important?

With internet leads, you have a 70% chance to close the lead if you are the first one to contact them.

What happens if the agent is away from the desk? The system times out after say 30 seconds, then goes to the next agent in the Round Robin system. The company loses money with this strategy. At least with the Blast All group, though unfair, someone answers the phone or message quickly.

Competition started to increase in the internet world and we needed a new approach. We took the Blast All group and the Round Robin approach and merged them to a hybrid approach.

Hybrid Round Robin is an approach we created to combine the speed to contact of Blast All with the distribution and fairness of Round Robin.

Instead of sending the lead opportunity to one agent at a time, like Round Robin, we sent it to the next three or more agents at a time, depending on the size of the group. The first of them to accept the opportunity got the lead. This way, if a couple of the agents were away from their desk, it didn’t affect the response time.

Additionally, we made an agent’s place in the queue based on a score which changed based on opportunities they did not win. This method, versus a serial placement, allowed the system to weigh certain types of leads above others. It increased an agent’s place in queue only for the leads they had the skills to close, and favored higher converting agents.

Overall, this increased the company’s bottom line by increasing the conversation rates. It also improved the agent’s morale by ensuring the leads were being delivered fairly.

Since speed to contact was so important, we decided to pioneer another new concept, which is becoming more common in CRMs today. We decided to integrate the system directly with an open source IP PBX phone system called Asterisk.

The system automatically sent an outbound call to internet leads when it received them while simultaneously contacting agents to accept the lead opportunities. When an agent accepted, the system connected them to the outbound dialing call.

This meant there was a 0-second turn-around from when we received the lead to when we dialed the lead. Due to the hybrid Round Robin, the speed to contact rate dropped to under 3 seconds, on average. This was the fastest possible speed to contact for internet leads and led to the highest conversions and marketing ROI.

To combat cherry picking, we created a unified experience for the agents to receive lead opportunities. Since we integrated directly with phone system, we were able to use the same distribution system and alert mechanism as we did with internet leads.

As a result, when the agent receives an alert that they have a new lead opportunity, they have no way to determine what type of lead it is. Therefore, they cannot cherry pick and must accept the lead or lose the opportunity altogether.

Within the first month of implementing this software, sales tripled from 50 loans to 150 loans. In the following month, their sales doubled again, up to 300 loans per month.