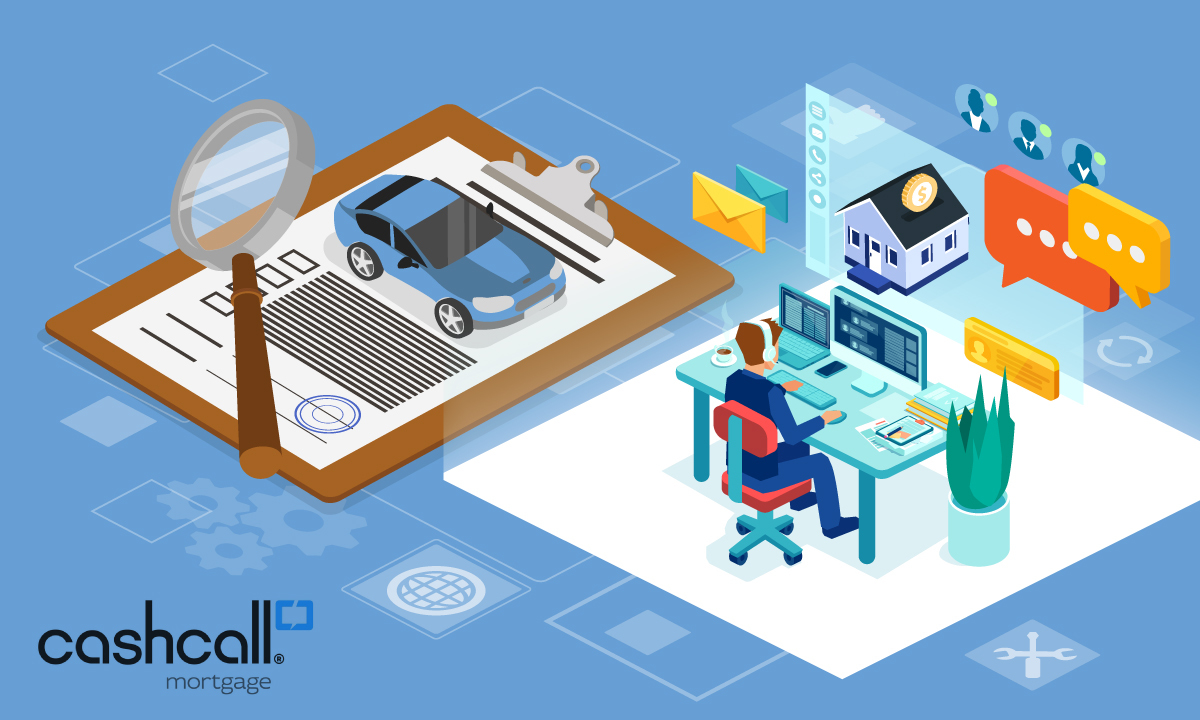 CashCall Inc is a premier mortgage lender based in Orange, California. They specialize in finding loans for customers looking for financing to support their dream of owning a home. CashCall agents needed to have accurate information at their fingertips to match clients with the right mortgage. Ideally, they should be able to pull together enough background on a potential borrower and find potential loan solutions in a minimum of four hours.

Hard work and perseverance helped CashCall become one of the top mortgage lenders in the country. Still, they felt they were not where they should be when it came to market share. They decided to do a review of all company processes to get a sense of what could be holding them back from further growth. CashCall uncovered some serious issues that impacted customer satisfaction, wasted promising leads, and kept them from achieving ROI goals. Those continued failures could lead to an eventual decline in their client base.

CashCall needed a software solution capable of enforcing strict standards around lead tracking and follow up. They required a company-wide platform every department could use to judge the success of their efforts and support CashCall’s future expansion efforts.

Prime allowed CashCall to address their myriad of business needs. It ensured the accuracy of data entered into the system, and curb problematic agent behavior when it came to logging their efforts around leads coming into the company.

Prime revamped the way agents used to receive leads in the past. The company relied on either the round-robin or broadcast approach. The round-robin method involved contacting agents one at a time until someone responded, while the broadcast method caused everyone’s phone to ring at once. With an average of 100 agents on the floor at any given time, broadcasting calls to everyone at once caused the workplace to be noisy and distracting. Using the Round Robin method made the borrower wait too long while it was finding an agent. Both ways proved to be inefficient when used individually.

The new hybrid model combined the best of both worlds. Five agents get an instant notification when a lead enters the system. Prime delivers the lead to the most effective agents based on their skills and past level of success. The assignment of the lead kicks off a custom workflow. It contains specific requirements for the agent when it comes to customer interactions and system updates based on the source.

Prime’s updated lead delivery process drastically reduced the time it took from delivering a lead and making contact with a potential client. The atmosphere of the workspace improved thanks to the reduction in noise caused by limiting broadcasts to five agents instead of sending the lead to everyone.

Prime motivated agents by putting competitive insights on the screen in front of them around their performance. They removed a lot of the manual control, forcing agents to comply with specific actions before being allowed to close an application. It also made it impossible for them to ignore specific prompts around information required by the system.

The new penalty box feature allowed CashCall to enforce punitive actions on agents trying to “game” the system. It collects statistics around every agent’s activity and built metrics for what the “norms” are. Prime automatically blocks agents acting outside of established “norms” for a set cooling-off period. The new system also provides agents with a clear explanation of their violation in order to educate them. Agents could use the information to improve their job performance.

Prime’s Shark Tank feature encouraged revenue growth by making lead pursuit a priority for agents. It also enabled follow-up on abandoned leads by redistributing them through the system. Unworked leads ended up in the Shark Tank, available to every agent in the company to steal. The new technology enabled follow-up on abandoned leads by effectively redistributing them through the system. Agents knew they needed to aggressively work their leads or risk being removed from the Shark Tank.

Lead restrictions were another tool the company could use when the penalty box was not a strong enough deterrent. It turns off the delivery of new leads to agents who continued with high-concern behavior until it was resolved. These concerns could be organized as “issues” and configured by management. Examples of issues include not following up on a lead or failing to handle requests from the compliance department.

Agents had access to accurate statistics around each lead, allowing them to come up with better strategies to improve their chances of closing the lead on the second try. Making abandoned leads available to other agents put pressure on the original agent to put in their best effort before giving it up to someone else.

Agents no longer needed to navigate to different systems to find information. Prime laid out everything related to a lead in one place, like the status and notes from processors. The consolidated interface helped agents find the right information quickly. It also reduced errors by eliminating the need to enter the same information manually into multiple systems.

Agents also began receiving scores ranking their overall performance. The practice encouraged competitiveness and the desire for agents to improve. A good score opened up opportunities to access pools of high-potential leads.

Prime included advanced features to help the marketing department manage their direct mail and email campaigns. They could now upload files directly to new campaigns, add them to existing campaigns, or split the information between multiple campaigns for A/B testing.

Each CashCall marketing campaign received a case number for each mailer and recipient. Agents could now reference the campaign history when a borrower called in, helping Prime tie the lead to a specific marketing record.

Prime also helped with cost management by segmenting campaigns over time, allowing cost parameters to change without the need to create a new campaign. The capability is vital when it came to managing weekly radio and tv spends or when vendor/affiliate costs changed mid-campaign.

Prime delivered accurate information to CashCall agents and company leaders, enabling them to make better decisions and take prompt action. Providing agents and sales managers with better data reduced their pipelines and increased productivity gains. The CRM platform also provided relevant reports that gave agents an accurate assessment of their close rates. Agents could also find ways to improve their performance. The marketing department also benefited by being able to see the true ROI of each campaign.